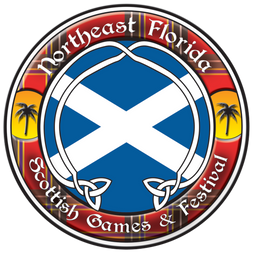 (Once you click link in Navigation Pane, above, scroll down) 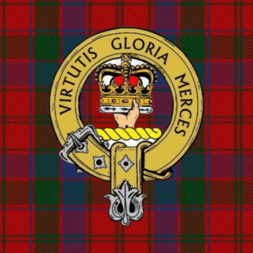 Struan studied electrical engineering at Edinburgh University (1957-61) and then, having become interested in the application of mathematical models to management, took a postgraduate course in Operational Research at the London School of Economics (1963-64). After a career in the Civil Service (with an Operational Research group in the Department of Health and Social Security), he opted for a modern version of the traditional activity of his forbears, farming. He bought a small fruit farm in the southeast of England in 1980 and has been growing apples and grading fruit for himself and neighbouring farmers ever since.

Struan married in 1965 Bridget Kenyon, younger daughter of Ronald and Celia Kenyon. He has one son and two daughters and three grandchildren. His son, Alasdair Gilbert Robertson of Drumachuine, younger of Struan, is his heir.

Struan and his family are members of, and actively support, the Clan Donnachaidh Society. The annual general meeting of the Society and the associated weekend of social activities organized by the Society in clan country each year provide a regular opportunity for clanspeople to meet with him and his family. Struan has visited branches of the Clan Society in Canada and the United States. He was present at an international gathering of clans in Nova Scotia in 1987 and has attended highland games, including the Grandfather Mountain Games, in the USA. Struan has also visited branches of the Clan Society in Australia and participated in Scottish Australian Heritage weeks. He was present at the unveiling of a cairn at Robertson Point on the shores of Sydney Harbour during the bi-centennial celebrations of 1988.

In 2023, Struan will celebrate his 40th year as Cheif of Clan Donnachaidh.

Jonn Edward Duncan born in April 1964 to James and Martha Duncan at the Naval Hospital in Charleston
South Carolina. As an infant he returned to his parents’ hometown of Gadsden, Al., where he grew up.
Jonn graduated High School from Litchfield High School in Gadsden, AL.
After graduating high school, Jonn joined the United States Army, completed basic training in Fort Knox,
KY and served until 1986.
Jonn married Kathy Palmer Duncan in 1984. They have two children Amanda and Michael and five
grandchildren.
Over the last 40 years Jonn has enjoyed careers in the Metal Fabrication Industry, Stone Masonry and
Scrap Metal Recycling. He currently owns and operates a Scrap Metal Recycling facility in Selma, AL.
Jonn also serves as a reserve Deputy for the Dallas County Sheriff’s Department. Over the years, Jonn
has been actively involved and served as an officer in Ducks Unlimited and The Lions Club.
Jonn has been actively involved with the Clan Donnachaidh Society for more than 15 years. In 2015 he
and wife Kathy petitioned the Society and received the charter to begin the Gulf Coast Branch of Clan
Donnachaidh, which now covers the states of Alabama, Georgia and Mississippi. In 2017 Jonn was
asked to serve on the Council for the Clan Donnachaidh Society and was extremely honored when asked
to serve as International Vice Chair in 2019.
In his limited spare time Jonn enjoys spending time with his grandchildren, traveling, gardening, cattle
farming, and all things involved with the Clan Donnachaidh Society.​